As difficult as it is to deal with adults struggling with mood disorders, it’s even more difficult with children. That’s especially true of a new mood disorder when it first appears on the mood disorder radar. Such is the case with disruptive mood dysregulation disorder (DMDD). It’s only been within the last few years that the mental health treatment community began diagnosing the said disorder. Unfortunately, mental health professionals know very little about the genesis of DMDD or how to effectively treat it. Below, we will share what little we know about this disorder. 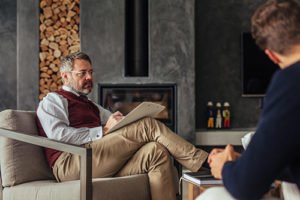 Clearly, a disruptive mood dysregulation disorder has the capacity to disrupt a child’s development. They have difficulty attending to normal tasks like schoolwork and chores, and they have difficulty making friends. In the worst cases, an untreated DMDD can lead to depression, anxiety, and addiction during adulthood.

It’s critical that children get their diagnosis and treatment as soon as possible. While still early in the game, it’s clear DMDD has the ability to destroy a child’s development and quality of life. We have already seen how it affects teenagers heading into adulthood. The fact many of these young adults never got treatment as kids were due to diagnosis issues. Hopefully, this won’t be a problem moving forward. The disorder was formally listed on the Diagnostic and Statistical Manual of Mental Disorders, Fifth Edition (DSM-5) in 2013.

Since the mental health treatment community knows little about this disorder, the treatment protocol is largely unknown. Most mental health therapists choose to use the same treatment methods they would use for other mood disorders such as deficit hyperactivity disorder (ADHD), anxiety disorders and oppositional defiant disorder. That’s been the general approach in our disruptive mood dysregulation disorder treatment program in Tacoma, WA. To date, it’s not clear if any of the typical mood disorder medications have any value when treating DMDD.

The methodologies our therapists find most effective are evidence based therapies like Cognitive Behavioral Therapy and Dialectical Behavioral Therapy. The theory behind such therapies is to teach children how to recognize their negative thoughts and feelings. Through awareness, it is possible children can learn coping skills that will help them alter their negative behaviors. In addition to coping skills, children need unfettered parental support and the support of like children. For now, these are the treatment components that seem to be working best.

As part of our mood disorder treatment program in Tacoma, WA, we do deal with adolescents. It’s our hope that if we can help them as adolescents, we might not have to treat them as adults for addiction. However, much of what we do here does involve addiction treatment. In fact, we maintain a full roster of cutting edge treatment options to address such issues. Our list of services includes:

If your child is having unusually frequent temper tantrums, you need to get them help sooner rather than later. They might have a diagnosis of disruptive mood dysregulation disorder. If that’s what you discover, you can get them help here at Bayview Recovery with one call to 855.478.3650. Working together, we have every reason to believe we can help your child live normal again.