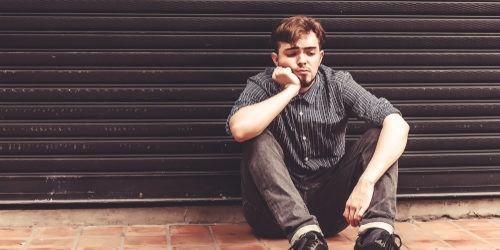 Cognitive behavioral therapy is changing your negative thoughts into positive thoughts which has made a big impact in the mental health community. We would not have had this effective form of therapy without psychiatrist Aaron Beck who has made a number of accomplishments for those with depression. Because of Beck, depressed patients are more understood in their thoughts and will able to change them.

Aaron T. Beck was born on July 18, 1921 in Providence, Rhode Island. When Beck was a child, he was very interested in science and nature in which he would watch birds and identified plants and trees. He grew an early interest in what makes someone happy, sad, confident, or insecure. Beck graduated from Brown University in 1942 majoring in English and Political Science. He also earned a Master’s degree from Yale in 1946. Beck wanted to study psychiatry but after taking a course in psychoanalysis, he found it to be “nonsense.” After Beck did a psychiatric rotation, he became fascinated with the psychoanalytic approach and how this approach answered the questions of psychological disorders. He then studied and researched psychoanalysis as a way of treating depression. After Beck practiced psychoanalytic therapy, he approached the scientific rigor, structure, and evidence that he wanted.

Beck’s interest in the cognitive approach of psychoanalysis increased after he got a job in the psychiatry department at the University of Pennsylvania. This was where Beck made his own depression research clinic. After getting a research grant from the University of Pennsylvania in 1959, Beck started to analyze the dreams 12 patients who had depression. Those dreams were about losing something of value, not being able to achieve a goal, or being ugly, damaged, or diseased. The depressed patients’ self esteem and performance were increased after being given verbal conditioning and card-sorting tests.

The Father of CBT

Beck realized that Freud’s approach on dreams were wrong in that people can have dreams about what they think about when they wake up and that it is not always about unconscious motivations and wish fulfillment. He discovered that his patients had spontaneous negative thoughts of themselves and the world around them. His goal was to identify the negative automatic thoughts people had and to replace them with realistic and accurate thoughts. These would help minimize distorted thinking patterns that could be the cause of a person’s depression. Beck helped make patients aware of their negative thought patterns which brought about cognitive behavioral therapy.

Beck began to create his first cognitive model of depression that consisted of the cognitive triad, stable patterns of thinking, and cognitive errors which is faulty information processing. The cognitive triad is all about a depressed person’s view of themselves, ongoing experiences, and their future. This can cause that person to think of present experiences or interactions with others as defeating or a failure. Following this triad can result in emotional disturbances, loss of energy, motivation that is mixed in with depression. Beck decided to find a patient’s thought distortions, test against the rules of logic and reality, and to then correct the patient’s thought patterns with good ones.

Cognitive behavioral therapy is a talking therapy that focuses on changing the negative thought patterns to bring about effective behavioral changes. This form of therapy can help with mood problems, eating disorders, substance abuse, anxiety, and depression. This therapy can be done individually or in a group setting for everyone to be able to collaborate with each other and their therapists. Instead of having to relive past traumas or childhood issues, cognitive behavioral therapy changes negative thought patterns into healthier ones which can result in having good behaviors. Between 1973 and 1989, one study showed that the increase in cognitive therapy among mental health care professionals increased by 600%. Since the early 1990s, Beck studied the biology of nonhuman primates to investigate the evolutionary roots of depression, anxiety, and personality disorders in humans, bringing back his early interest in nature into his work.

Beck also created the Beck Hopeless Scale where you answer twenty statements with the choice of agreeing or disagreeing. It can be statements about how you feel about the future and can even evaluate if you are a suicide risk. There is also the Beck Depression Inventory that has 21 multiple choice questions to see whether or not you are depressed. It can measure depressed moods, see if you have a loss of appetite as well as aches and pains.

Today, Beck is currently 97 years old and is recognized as one of the five most influential psychologists of all time. He has published more than 600 professional papers and wrote 25 books. Beck also got five honorary degrees, the Lienhard Award from the Institute of Medicine for cognitive therapy development, and the Kennedy Community Health Award.

Beck is considered influential in the mental health world. He has served as the Director of the Aaron T. Beck Psychopathy Research Center and a retired professor at the University of Pennyslvania. He has been married to Phyllis W. Beck since 1950 and they have four children together. His daughter is also a cognitive behavioral therapist who is also the President of the Beck Institute for Cognitive Behavioral Therapy. Beck set out to recognize the thought patterns of those who are depressed and found an effective form of therapy that is still used today. Beck is still considered today as The Father of Cognitive Behavioral Therapy.