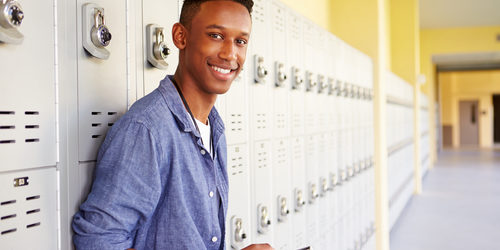 A parent’s struggle with their child going through drug addiction is just as painful as the child going through it. We get to see that struggle in the trailer for the new movie Beautiful Boy that is all about how the meth addict of a teenager affects his entire family coming out on October 12th.

Beautiful Boy is an Amazon movie whose trailer premiered on June 27th. This film is based on the best-selling memoir of the same name written by David Sheff. It is about watching his son’s meth addiction through his point of view. In the trailer, we see a scene between a father, David, and son, Nic. In it they are struggling to communicate with each other. It starts with the two of them trying to make small talk at a diner. It ends with Nic telling his father that he does not accept him for who he is. David does not feel like his drug addiction makes his son who he is. We also see David try to find Nic who has gone missing.

The trailer shows many happy moments between David and his son. It shows how innocent and fun things used to be before Nic discovered drugs. David seems confused at how he could have been out of the loop about his son’s drug addiction. Nic explains to him that he feels better than ever when he is on drugs. This shows that parents never want to think of their kids struggling with drug addiction. They are so scared that they cannot do anything about it. We also see Nic crying on the phone. He says that he does not compare his drug use to cancer because he put himself in this position. While drug use does start out as a choice, addiction is never a choice and should be treated the same way as a physical injury.

About the Beautiful Boy Film

The trailer ends with Nic admitting in a support group that he feels there is an empty hole in him and used drugs as a way to fill it and how much he wants his family to be proud of him. This film looks like it is going to be a beautiful and honest portrayal of drug use. Considering we are living during the opioid epidemic, this film is coming at a great time to education audiences about teen drug use and what we can do about it.

Located in Tacoma, Washington, Bayview Recovery Center’s mission is to offer clinically-driven programs and services to treat a number of substance abuse disorders along with anxiety and depression using cognitive behavioral therapy, dialectical behavioral therapy, trauma therapy, yoga therapy, and more for a successful recovery. For more information, please call us 888 570 7154 at as we are open 24 hours a day, 7 days a week.