Skip to content
Safety is extremely important to us. Learn how we are preparing for the coronavirus here. 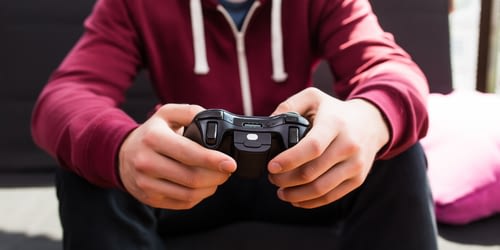 It is easy to get lost in a video game as you feel you are being invited into a virtual world where the possibilities are endless. According to the Entertainment Software Association, more than 150 million Americans play video games and Google Research says that 43% of female gamers play more than five times a week. Ever since the World Health Organization announced that gaming disorder is considered a mental health condition, medical experts and gamers have felt disturbed at the fact that games are to blame for gaming addiction behaviors.

The World Health Organization declared on June 18th gaming disorder as a mental health condition and will be included in the International Classification of Disease this year. Gaming disorder is classified as when someone increases playing videos games as a priority over their favorite interests and daily activities. It is also when you continue to play despite the negative consequences like if playing is getting in the way of work, education, relationships and your health.

But the diagnosis does not say anything about how many hours of playing video games is considered serious enough of an addiction. For example, Tracy Michelle makes $250 a month streaming video game playing on her Twitch channel games all day such as the survival game “Ark.” Katy Murray is another gamer who makes $1,000 a month streaming on her Twitch channel recording 12 hours of video game streaming to play new games, giving tips, and chatting with those who watch her. Would they qualify as addicts? An addiction to video games has come into the spotlight after headlines of deaths attributed to long hours of video games. For example, a “League of Legends” player died of a heart attack while playing for 23 hours straight in a Taiwan internet cafe in 2012 and his body sat there for nine hours before anyone noticed he passed.

The American Psychiatric Association and the Society for Media Psychology and Technology both believe there is insufficient evidence to prove gaming disorder classifies as a mental health condition. Murray said she uses video gaming as an outlet for her anxiety or as an escape from reality. Constant video games can be a symptoms behind a mental health condition like anxiety or depression. It is important to understand that if you face negative consequences of excessive video gaming and still continue this behavior, this qualifies as an addiction.

The Relationship Between Anxiety and Addiction
May 24, 2021

Common Side Effects of Ecstasy
October 4, 2018