You are here:
addictionalcohol 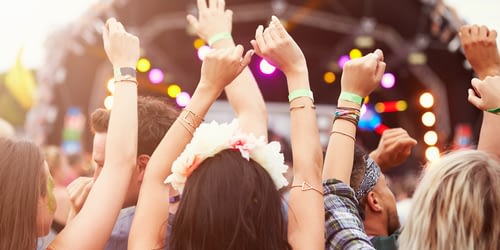 You see it in the music videos and you hear it in the lyrics how much alcohol plays a starring role in country music. According to the Country Music Association, people from ages 18-24 are listening to country music and have increased from 54% in the past decade. It is important that country music fans are away of the dangers of alcohol instead of feeling pressured to drink to fit in with the crowd.

Country music singer-songwriter Kenny Chesney references alcohol in 18 of his 23 songs. Country music stars have their own brand of alcohol like Chesney’s Rum, Blake Shelton’s Smithworks vodka, Miranda Lambert’s Red 55 wine, and Toby Keith’s Wild Shot mezcal. Chesney’s own rum company sponsors his concert tours. Alcohol used to be in country music about drowning your sorrows in honkytonk. Now, alcohol is promoted as a way of escaping and partying with your friends. Hank Williams would write songs like “There’s a Tear in My Beer” who died in 1953 from a heart attack as a result of alcoholism and prescription drug abuse. Another country music singer-songwriter, Bobby Bare, was also influenced by Williams since he said everyone he knew wanted to be like Williams and he made drinking seem fine.

Alcohol and country started back from the early 1900s in the moonshine territory to the 1950s during the honkytonk craze, and the 1980s when the dangers of alcohol were brought into light. Now, a lot of country songs are of drinking beer in your truck with a pretty lady by your side. Other country stars like Keith Whitley felt like he had to drink alcohol to stay in the music business and he died at the age of 33 from alcohol poisoning. Beer endorsements can also make an impact in country music like how Jason Aldean replaced the lyrics of “Take a Little Ride” after signing a deal with Coors Light.

There are those in country music who are sober like Tim McGraw and Keith Urban, and Ray Scott who has admitted he was scared being sober would turn off fans. Country stars may feel pressure to drink and write songs about drinking since that is what the genre is accustomed to. It is important for country music fans not to take the lyrics seriously and to be aware of the dangers of alcohol instead of thinking it is only for a good time.

Signs of Alcohol Poisoning to Watch For
October 27, 2020
Go to Top