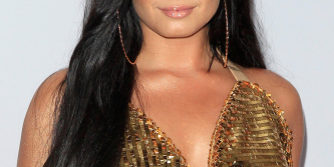 Demi Lovato is a singer, actress, and songwriter known for her roles in Disney Channel’s Camp Rock and Sonny With a Chance. She has also written and sang in her six studio albums and won several awards for them. Lovato also had her challenges with substance abuse and mental illness which have presented obstacles in her career. Demi Lovato had a hard journey but it was through those obstacles that taught her how important it was to get better for her fans and for herself.

Lovato’s drug problems started when she was a teenager in 2009. She used to be bullied in school and would feel like an outcast. Kids in her class would pass around a suicide petition and get them to sign it. The students in her class would also tell her that she was fat which was when her eating disorder started. She met a popular girl who told her that the reason for her popularity had to do with all of the partying and drinking that she did. Lovato figured that she needed to do the same thing to get others to like her as well. When Lovato was 17 years old, she tried cocaine for the first time with friends while she was working on the Disney Channel. Because her father was a drug addict for a long time, she wanted to know the appeal that drugs had since she felt her father chose drugs over her family.

In 2010, Lovato went to Timberline Knolls drug rehab for the first time when she was 18 to address her eating disorder and self-harm. She got a wake-up call when a backup dancer from her Camp Rock tour told on her for using Adderall and she punched her in the face in retaliation. This caused her to stop touring and focus on getting better. Lovato left rehab in 2011 and revealed in April that she was bipolar just like her father was. She explained that this made sense since there would be moments when Lovato would write seven songs and stay up until 5:30 in the morning writing them. Lovato also remembered when she was younger that she would be fascinated with death and think about her funeral. Despite attending a rehab facility, Lovato’s substance abuse problems did not go away as she was sneaking cocaine on planes and in bathrooms. She was either craving drugs or on them.

In January 2013, Lovato checked into a sober house in Los Angeles after being several months sober. In March of that year, despite her struggles, she wrote on Instagram that she was five years sober. In 2017, she released her documentary Simply Complicated on YouTube about her substance abuse issues as well as having an eating disorder. Lovato once posted a before and after photo of herself on Instagram of how far she came in her eating disorder from looking very skinny to being at a healthy weight. In March 2018, Lovato tweeted that she was six years sober and a reminder that it is possible to reach sobriety. Unfortunately, Lovato’s problems were not over and she let her fans know that through her new song Sober that she has relapsed.

On July 24th of this year, Lovato overdosed on cocaine at her Hollywood Hills home before noon. An ambulance came for her and she was found unconscious. EMTs revived with Narcan which is a medication used in emergency situations when overdosing on drugs to reverse the effect of opioids. The medication is sprayed into one nostril to restore normal breathing in someone who has overdosed. This medication should help that person for 30 to 90 minutes. The night before Lovato overdosed, she spent time partying with friends at a birthday party in West Hollywood. There was Narcan there for emergencies so it proves that they were all doing drugs and knew what they were getting into. While at the hospital, she was dealing with the complications that many people who overdose feel such as nausea and a high fever. On August 4th, Lovato was released from the Cedar-Sinai Hospital and sent to a facility outside of California to do an extensive treatment program to make sure an overdose like this never happens again.

Through Demi Lovato’s story, we learn that drug addiction is not something that can be easily treated. She inherited the gene of addiction from her father and used drugs and self-harm as a way to cope with her pain as a teenager. Despite many trips to rehab, Lovato still kept relapsing. Even though she thought she was getting better, one night of partying brought back those old cravings of cocaine and it almost cost her life the next day. There is still a huge stigma against drug addiction where people still roll their eyes or dismiss a person’s addiction as a weakness instead of thinking what brought them to that fragile state. Lovato has stated in the past that because her father did not get help with his bipolar disorder, it only allowed it to get worse. By using any opportunity to tell her story, Lovato is breaking the stigma. Hopefully, Lovato experience at the current rehab she is at will help her the most in getting better. She is a role model in coming clean about her addiction and mental health and this should give others the courage to do the same.

Gateway Drugs: What Starts Out With One Drug Leads to Another
January 13, 2020

Staying in the Moment When You Have Anxiety
January 5, 2020