Empathy and Compassion Towards Personality Disorders

You are here:
mental healthtreatment 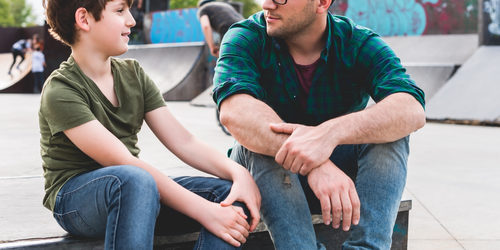 The American Psychological Association says that 15% have a personality disorder. When someone has a personality disorder, it means that they are seeing the world differently than others. It can mean being a perfectionist, being narcissistic where you need validation from others before you look a certain way, having a dependent personality where you need desperately to be cared for, avoidant personality where you experience social discomfort, or unstable moods in result to borderline personality disorder. These people are limited by their senses and their bodies. Their brain chemistry is telling them something different than other people’s brains tell them. This normally becomes a problem when others angrily call that person out for their behavior. They do not believe there is anything wrong with them and feel confused when told.

It is important to remember that having a personality disorder is not a choice. These disorders could have come about from ages five to six with having little awareness or control over it. They could have developed this disorder through genetics, childhood experiences like abuse or trauma, or the culture they were raised in whether it was a peaceful environment or a dangerous, war-torn area. It is possible that people with these disorders have experienced internal distress or social impairment. This causes them to alienate themselves from those around them but they do not know why they are behaving this way or feel the need to change. They may get defensive if you try to mention to them that they have a disorder and could blame it on just bad luck or the people making them feel this way. You need to understand that having a personality disorder involves responding automatically based on personality-based patterns of behavior. If this was something they could switch off to avoid scaring or hurting people, they most likely would.

Mental health is just as serious as someone with a substance abuse disorder. Instead of treating it like a choice, it needs to be treated like a medical condition that needs structured treatment. In 1978, Betty Ford admitted publicly that she was an alcoholic and an opioid addict. This helped shift more awareness and empathy towards those struggling with addiction as it can happen to anyone. Instead of being so quick to anger, set limits, consequences, change your expectations that you have in the person, or leave them alone all together if you cannot handle it.

Yelling at someone is not going to help them as they need to learn have to better manage their behavior so that they can have good relationships with others. If you know what kind of personality disorder that person has based on what they told you, research it and educate yourself so that you know what to expect. Speak more with that person on what you learned as you can provide them with helpful tips to manage any negative behavior. Do not openly tell that person that you think they have a particular personality disorder as they will get defensive about it or feel inferior to you. You should also not gossip to others that you think that person has a personality disorder as you may not be a doctor and talking to others about it will make it seem like it is wrong of that person to have a disorder. There is no right or wrong in regards to a person’s mental health as it just is what it is. Also, if you try to figure it out by just filtering one disorder out of that person, you may be wrong as that person could have more than one disorder.

Instead of telling someone what to do in regards to their behavior, explain to them the choices and consequences. For example, if someone with borderline personality disorder is calling you too many times during the day, calmly explain to them that you would prefer just one phone call at the end of the day and what times you are available to talk. If that person tends to yell at you, call you harsh names, or throws things as they lash out in anger, just walk away and leave the room. Let that person know that this is what you are going to do every time they express their anger that way.

Do not be so quick to act before you speak. Think about what the person said and the motive behind the words before you act. It also helps to validate their emotions by nodding or smiling at them. Maintain eye contact with them to show you are paying attention. Always express your willingness to help this person out in any way you can. That you know they cannot help their actions but that it is still hurting you. If that person sees how you feel, this can further convince them that they need to be part of a treatment program. By presenting patience, compassion, empathy, and understanding towards this person, it will show them that they are not alone.

The Importance of Alcohol Addiction Treatment
May 15, 2020