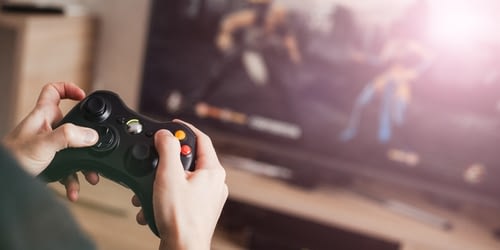 Video games are supposed to be a fun hobby to do to help pass the time and have fun. When the rules of a game seem serious as well as the stakes, one video game can take over your whole night. Games like Fortnite can develop an addiction as serious as drugs and need to be treated before you lose a sense of reality and never get help.

Fortnite: Battle Royale was launched on July of last year that has reached 150 million people. The object of the game is to build forts and eliminate other players until there is one player left standing. You can buy weapons, costumes, and dance moves. As of April, this game has reached over $300 million in revenue. Professional gamers who make almost $600,000 a month doing live streaming games such as Tyler “Ninja” Blevens who has 4.5 million subscribers and is making more than half a million dollars a month.

This may seem like a harmless video game but the problems started when a nine year-old girl from the U.K. was sent to rehab for wetting her pants while playing. Before that happened, she stopped going to her ballet lessons, church, and her grades were slipping. Her parents discovered that she would wait until her parents went to sleep to start playing the game and would play until 5 a.m, totaling ten hours a day. The game has no pause button so if you stop playing, your avatar dies. According to clinical psychologist Dr. Lisa Strohman, kids have been reported to be sleep deprived, drop out of school or threatened suicide if their parents tried to take the game away from them. Other problems can be if kids are spending too much money trying to upgrade their character’s wardrobe or buy weapons for them to help advance.

Cutting your child off of video games cold turkey is no different than when a struggling addict completely stops drugs. You can still feel the withdrawal symptoms and they can still play the game behind your back. Since Fortnite games are twenty minutes long, parents should tell their kids that after they are done in twenty minutes to turn off their devices. While video games should not be banned completely as they provide a good source of fun, there is a limit to how long we should spend our time with them.

Getting Help for Veterans with Depression
May 12, 2021

Signs of Behavioral Addiction
May 9, 2021

The Effects of Withdrawal
October 2, 2018
Go to Top