Gateway Drugs: What Starts Out With One Drug Leads to Another 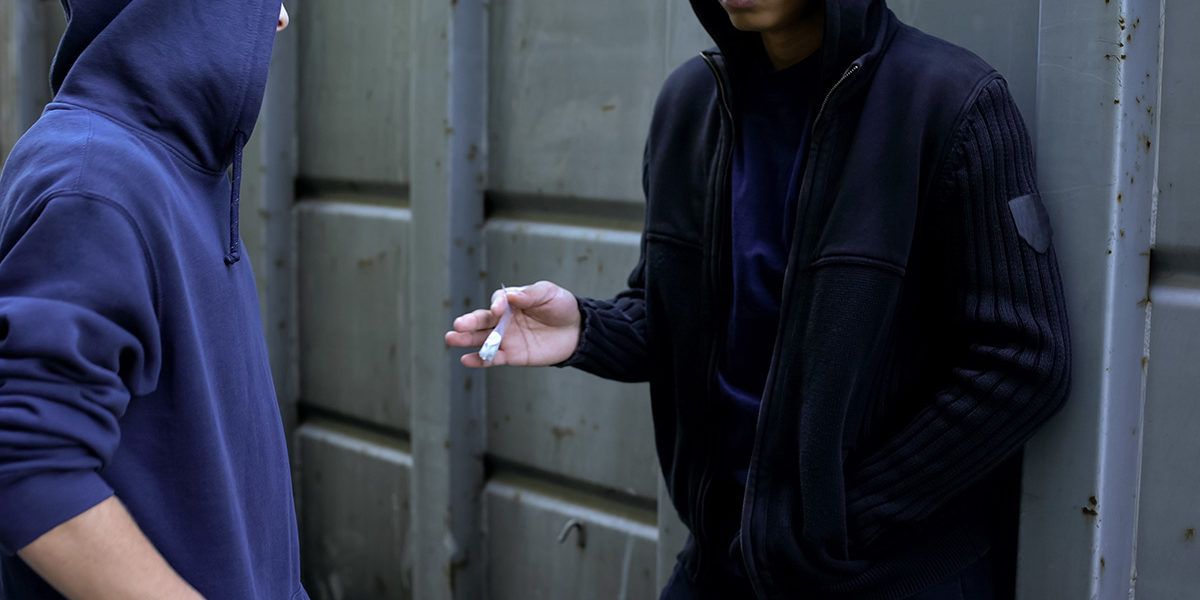 There are some drug addicts who not only use one drug but turn to many through the years called poly-use. It can start off with just experimenting thinking no harm will come to you to use those drugs as an excuse to try other drugs. Then there are drugs that open doors to harder drugs with serious side effects like heroin or cocaine. It is important to seek treatment as soon as possible to prevent your one addiction to turn into many, increasing the chances of an unhealthy life.

What Are Gateway Drugs?

Gateway drugs are used as an excuse that can make you feel like you are ready for harder and more dangerous drugs. The dopamine boost you can feel when you are young can lessen when you become an adult. This can lead to seeking harder drugs for more dramatic releases, preparing your brain to respond to other drugs. Brain activity may be heightened and you will have a stronger urge for drugs. The discovery of gateway drugs started out when the 1951 documentary “The Terrible Truth” came out that said marijuana leads to heroin addiction. Then the term came to use during the 1980s. In 1985, the Journal of Youth and Adolescence published that alcohol was a stepping stone to heavier drugs. Anti-drug programs like Drug Abuse Assistance Education (D.A.R.E.) outlines the consequences of marijuana, alcohol, and tobacco use to youth.

The arrival of the gateway drug term was not without controversy. D.A.R.E officials do not believe in gateway drugs as they think marijuana should prevent users from wanting to experiment with harder drugs and the majority of studies were on animals. They believe that we need to take other factors into consideration for the start of drug use like genetics, social life, depression, the environment, and history of abuse. The National Institute on Drug Abuse says that young marijuana smokers quit when they enter adulthood.

What Do the Studies Say

There are those who do believe there is such a thing as gateway drugs. The National Center on Addiction and Substance Abuse believes that teens who use gateway drugs are 266 times more likely to develop a cocaine addiction. A Columbia University study exposed rats to alcohol and they were more likely to seek cocaine than those not exposed to alcohol. Genetic changes in the brain increased the risk of cocaine addiction. A University of Florida study says that you are sixteen times more likely to use cocaine and amphetamines later in life after using alcohol. The Journal of School Health says that six graders who abused alcohol would try two hard drugs.

Marijuana as a Gateway Drug

Marijuana alters your attention, motivation, memory, and learning. You will tend to build a tolerance to stronger drugs. The International Journal of Drug Policy says that 45% who have used marijuana have used another drug. The majority of heroin users have used alcohol and marijuana before. The Centers for Disease Control and Prevention (CDC) says marijuana users are three times more likely to use heroin than non-users. Prescription drugs are another gateway drug. Heroin is a synthesized opioid that is cut and mixed with other prescriptions like fentanyl for a more potent high. Prescription drugs have similar effects to heroin which can lead to the transition. The CDC also says opioid users are four times more likely to abuse heroin than nonusers. Ritalin has been linked to cocaine since they both increase alertness and productivity.

Nicotine is a Gateway Drug

Nicotine is another gateway drug in which many who smoke cigarettes tend to try drugs later. In 2011, Science Translation Medicine published a study that scientists fed rats water that had traces of nicotine for a week. The results showed that this water increased responses to cocaine. Nicotine also increases the FosB gene. Scientists have linked this to cocaine addiction. Experts say that kids who smoke every day are thirteen times more likely to use heroin.

Inhalants as a Gateway Drug

Inhalants can also be a gateway drug. The National Inhalant Prevention Coalition says that teenagers who abuse inhalants like shoe polish move on to other drugs. Ecstasy can be a gateway to cocaine and methamphetamine addiction. The New England Journal of Medicine says 9% of those with opioid addiction have a history of steroid use. Energy drinks have a high level of caffeine. This increases energy and alertness, making it more likely to try a more dangerous drug to get hooked on.

Do not assume that if a drug that is legal, like alcohol, or one that does not have a mortality rate, like marijuana, is safe to use. These drugs have a proven tendency to lead you to try other drugs as you will feel if you can handle these drugs, other drugs will be just as easy. It is important not to let your addiction lead to another. Many rehab options can combine medication, group therapy, and all of the support from medical professionals to guide you through withdrawal and cravings. They will teach you about the harm that comes from gateway drugs and what you can do to better improve your life. Going to treatment will offer you a variety of therapy options and 12 step programs to help you lead a healthy life away from drugs.

If you struggle with addiction, contact Bayview Recovery Center today. Located in Tacoma, Washington, Bayview Center’s mission is to offer clinically-driven programs and services. We treat a number of substance abuse disorders along with anxiety and depression. Additionally, we use cognitive behavioral therapy, dialectical behavioral therapy, trauma therapy, and yoga therapy.  This helps to give you a successful recovery. For more information, please call us at 855.478.3650. Call anytime you need support. We are open 24 hours a day, 7 days a week.