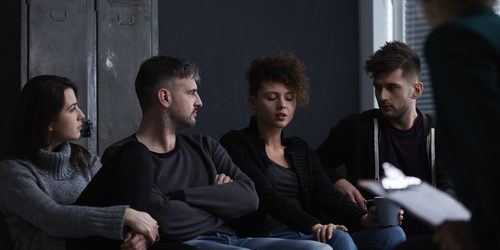 There are unfortunately small town areas that give people the idea that you either work or you spend your time dealing or abusing drugs. Cape Cod, Massachusetts is one of those areas where there is a large heroin epidemic where 85% of crimes are opioid-related and 1,250 died as a result of heroin overdoses. HBO’s documentary “Heroin: Cape Cod, USA” shows us the true, honest life of the lives in Cape Cod struggling with heroin addiction.

We meet a number of subjects throughout the documentary that talk about their struggles. We learn that the gateway drug to heroin is Vicodin. The subjects in this film had all said that paying for heroin is much cheaper than Vicodin. We see these subjects shooting heroin by a needle through their arm or their hand. We learn that addicts who associate with other addicts are not friends as a true friend would get you help for addiction instead of enabling it. One thing that all of the subjects in the film had in common was that it shows that heroin addiction is not a choice. All of them had said that they wish they could be clean and not be this way anymore. But just because they want to be clean does not mean that they feel they have the power to do so.

Subjects like Jessica got started on heroin when she got hit by a drunk driver while driving her car and had to get 250 stitches on her face. Because Jessica did not like the way she looked, she suffered low self-esteem. What started as a prescription painkiller addiction turned into a heroin addiction as it was cheaper to get her hands on and she felt more confident while high on it. Another subject, Ryan, felt like his way of getting off heroin was to take a mixture of other drugs like Xanax and Klonopin instead of going to treatment. Other subjects in the film have expressed that when you are a drug addict, your daily goal is to find ways to acquire more drugs and it does not matter how you get it or who you hurt. One subject admitted to stealing money from their parents or shoplifting. While not everyone was able to get clean with a couple of deaths by the end of the film, some were able to pursue their journey towards a rewarding recovery.