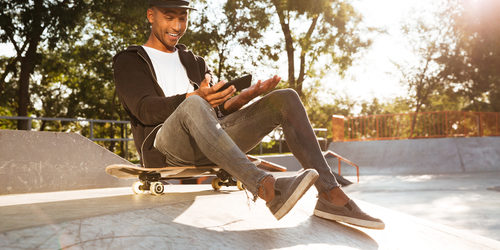 With the legalization of medical marijuana in California, advertising is allowed to be for it in the form of television or printed ads. The problem is asking yourself if teens see too many of these ads if they can be endorsing the idea of recreational use of marijuana. A recent study showed that if teens are exposed to too many advertisements of medical marijuana, they are most likely to fuel their marijuana use.

RAND corporation conducted a study published in “Drug and Alcohol Dependence” journal that medical marijuana advertising contributes to the increased use in teens. 2,500 young students from Southern California participated in the study from 2008-2017 with sixth and seventh graders in 2008 and followed through high school. These teens were asked to estimate how often they see medical marijuana ads during the previous three months. In 2010, 25% were exposed to at least one advertisement. In 2017, 70% saw at least one advertisement over the past three months. This proves that teens felt there there was a higher than average greater use for marijuana, stronger intentions in the future, stronger positive expectancies, and negative consequences.

This study makes you think of the regulations for marijuana advertising. In January 1, 2018, cannabis advertisements were regulated by the California Cannabis Control Board to make sure not to target kids. The content for advertisements have started to change as well like for the delivery service Ease which says that marijuana can help with “pesky hangovers.” A billboard for Weedmaps says that Medicaid could have saved a billion dollars in 2014 if marijuana was legal throughout the country. The county is trying to work on limiting the size of the signs and not allowing them near public libraries, schools, and parks.

More than 50% of tenth and twelfth graders would endorse the belief that smoking marijuana would not carry a great risk for them. The truth is that marijuana has the power to risk the developing teenage brain and can be at a risk for someone with a family history of schizophrenia. Adults who smoke cannabis can experience fewer health risks compared to consuming alcohol or tobacco. This study can be useful in making us think about the appropriate tone, style, and place for cannabis marketing and more interest in a science-based marijuana education. Teens can learn that just because something is legal does not mean it is always safe.