Skip to content
Safety is extremely important to us. Learn how we are preparing for the coronavirus here.

You are here:
mental healthtreatment 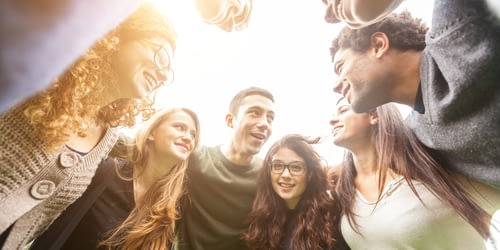 Serotonin is the brain’s feel-good chemical, norepinephrine is connected to how alert you feel, and dopamine is the reward center of the brain. Not enough of any of these neurotransmitters is what causes depression. It is important to learn about the different classes of antidepressants so you can better decide which one is best for you.

Monoamine oxidase inhibitors inhibits the action of monoamine oxidase to allow more neurotransmitters to regulate your mood to be available in the brain. Discovered in the 1950s, examples of this antidepressant include Nardil, Parnate, Marplan, and Emsam. This antidepressant is used less often since there can be complications when taking them with other medications or food with tyramine. Tricyclic antidepressants, made of three interconnected rings of atoms, slow down the nerve cells from reabsorbing serotonin and norepinephrine to be available. Examples include Tofranil, Vivactil, Surmontil, Sinequan, and Maprotiline. The side effects can be constipation, dry mouth, blurry vision, weight gain, and heart arrhythmia. Tricyclic antidepressants can also be good for chronic pain, migraine, and OCD.

To better figure out which antidepressant is the best choice for you, decide what side effect is hard for you to ignore or that you can find bothersome. It is possible that you might have to try out many different ones before you find the one that works well for you with the least amount of side effects. Do not rely solely on antidepressants as they work effectively when combined with psychotherapy, finding your depression triggers, and self-help strategies. By being patient with each antidepressant you try combined with counselling, you will be on a successful treatment path.

The Relationship Between Anxiety and Addiction
May 24, 2021

Suffering from Chronic Depression
May 21, 2021

Getting Help for Veterans with Depression
August 15, 2018