You are here:
addictionmental health 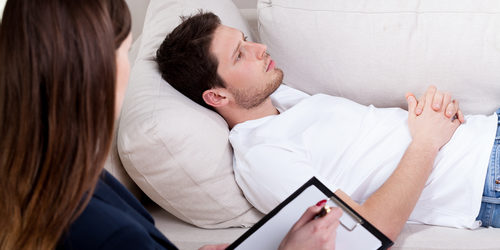 Addiction rarely functions in isolation, meaning it is often accompanied by other illnesses and issues, particularly mental illnesses such as depression, bipolar depression, anxiety and other issues. One of the phases of bipolar depression is the manic episode, which can often precede and/or follow a major depressive episode. When we’re working to recover, it helps to start being able to identify the different phases of our illnesses, so that we can take measures to turn them around and prevent them from getting worse.

A manic episode can be particularly dangerous because we can find ourselves becoming more reckless and daring than we might otherwise be. We start to take more chances with our health and our safety. We put ourselves in harm’s way and engage in dangerous behaviors. We often don’t realize when we’re having a manic episode. Very often we feel fine. In fact, we tend to feel happy, significantly happier than during a depressive episode. We can feel so happy that we feel like we’re on top of the world, like we’re flying. We can feel invincible, infallible and like we can do no wrong. We don’t see the crash that awaits us, the low, depressive phase that almost always comes after the high of a manic episode. We’re so busy celebrating our newfound happiness that we can’t see that it’s not actually sustainable. It’s not genuine happiness we’re feeling but rather a hyperactive, overly driven, unrealistic pseudo-happiness. Sometimes it’s the wave of relief that comes after surviving a brutal depression. We’re so happy to finally be out of that dark, lonely, sad place that anything else feels like total bliss.

During manic episodes, we often will neglect our health and our well-being. We abandon the self-care and healing practices we’ve learned that can help us naturally relieve our depression and anxiety. We turn to our drugs of choice as a way to self-medicate, making bipolar depression a common co-occurring disorder alongside addiction. We look for ways to relieve our emotional pain, and we seek solace in relationships, in sex, and in other less than helpful things. We forget all the coping skills we’ve developed to help us withstand addictive urges, such as meditation, breathing exercises and visualization practices. Our spiritual practice goes out the window. We’re so consumed with letting our high run its course that we don’t realize it simply can’t last. We can’t sustain our manic lifestyles, any more than we can sustain the debilitating pain of a depressive episode.

Learning about the phases of our illness is one part of working to heal ourselves. Recognizing a manic episode can help us identify it when it arises, so that we can turn it around and find more balance in our lives as we work to recover.

Bayview Recovery’s treatment programs include mental illness as a focus, to help you heal not only from your addictions but from the co-occurring disorders that often accompany them. Call 888-570-7154 today for more information.