Ryan Reynolds Opens Up About Anxiety 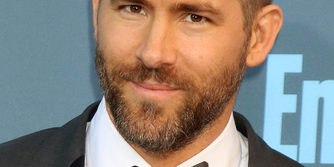 Ryan Reynolds plays a superhero, Deadpool, who fights evil. But just because someone plays a superhero does not mean that in real life, they are not in need of one themselves. Recently, Ryan Reynolds broke the stigma of anxiety by coming out about his own problems in hopes that others will seek help as well.

Anxiety is just as serious as any other mental health disorder in which you are in a state of constant worry that interferes with your life. You could have panic attacks out of nowhere and get scared that you will experience another one again, which leads to another panic attack. Anxiety can also mean avoiding anything that presents an irrational fear that triggers your anxiety. This disorder can feel overwhelming and uncontrollable, making it different than your typical worries.

Someone who has a sense of humor and a lot of confidence can still be holding a lot inside. Reynolds said that he would be a nervous wreck before talk shows. He would feel like he is going to die. When he was filming the sitcom “Two Guys, a Girl, and a Pizza Place,” he would do warm-ups to prevent himself from getting sick. He also explained that the cause of his anxiety was from having a complicated relationship with his father. His father would have moments of rage so Reynolds would try his hardest to clean the house or mow the lawn to avoid his father getting mad.

The sense of humor that he is famous for is also a self-defense technique to prevent himself from experiencing his anxiety symptoms. When he would promote his new movie “Deadpool 2,” Reynolds would do interviews in character of Deadpool to help combat stress. Once his interviews began, the anxiety would go away. Being an actor means that you have to partake in interviews. Reynolds could have easily avoided every interview because of his anxiety. However, he found a way to make it easier for him.

Along with the help of his wife, actress Blake Lively, he also uses the app “Headspace”. This app provides guided meditation sessions and mindfulness training. In the past, Reynolds would self-medicate but stopped after seeing several of his friends die of overdoses. Reynolds proves that it is important to tell people about your struggles instead of hiding them as you will realize there are other people out there who are just like you.

When you come to Bayview Recovery, we will help you. We treat anxiety, along with various other disorders, such as:

Located in Tacoma, Washington, Bayview Center’s mission is to offer clinically-driven programs and services to treat a number of substance abuse disorders along with anxiety and depression. We use cognitive-behavioral therapy, dialectical-behavioral therapy, trauma therapy, yoga therapy, and more for a successful recovery. For more information, please call us at 855.478.3650 as we are open 24 hours a day, 7 days a week.

What Are the Most Addictive Substances?
March 19, 2020