You are here:
mental healthrecovery 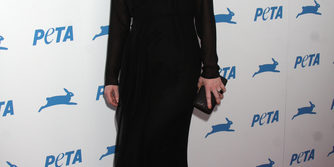 There are people with anxiety and depression who cut themselves as a way of feeling a sense of control that they feel they cannot get any other way. It may seem like an act that is hard to understand if you have never felt the urge to self-harm. On July 3rd, Shirley Manson, the lead singer of Garbage, submitted an essay for the New York Times about her experiences in the past with self-harm.

In Manson’s essay, she writes how in her late teens, she lacked self-respect. She would have sex with a lot of people and indulge in drugs and alcohol. There was times she would struggle to get out of bed before four in the afternoon and failed school. While she had a part-time job at a teen fashion store and played the keyboard in a garage band on the weekends, she was still feeling empty inside. The trouble started for her when she met a guy at a club called the Hoochie Coochie who would not wear protection when they had sex and was forced to rely on the pill. That same boy would still sleep around with multiple people.

Manson was feeling depression in being in a one-sided romance and did not feel like she could use her voice. She started to cut her ankle using a small silver penknife. With each cut, Manson felt that charge and power that she always wanted. Self-harm became a regular routine for her and the cuts would continue to be deep. She would hide her scars under her stockings. Then, Manson started dating a better guy and she stopped cutting herself.

During her European tour for Garbage’s second album, Manson felt the urge to cut herself again when the attention was focused on her and was feeling self-conscious. But since she was on tour, she did not want to go back to her unhealthy ways. She was tired of feeling like she was not enough and comparing herself to others. Manson made a vow at the end of her essay to hold her ground, speak up, and be kind to others. She wants to be surrounded by those that treat her well and to do things that make her happy. Manson continues to breathe slowly and leave her penknife behind. Manson’s essay helps break the stigma of self-harm and for people to understand what led her to her actions.

What Happens When You Have Untreated Anxiety
January 7, 2020

Staying in the Moment When You Have Anxiety
January 5, 2020