The History of Anti-Substance Legislation 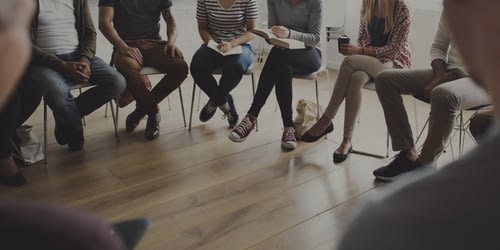 During the late 1800s, the law was starting to realize the true dangers of the addictive qualities to opium. Addiction back then was not considered a disease but a moral flaw so state laws would try their best to outlaw opium despite the medical uses they would hold. It was not until later that lawmakers realized it would take more than legislation to help those struggling with addiction.

The late 19th century began the time when using drugs was not considered anymore an unhealthy habit but a crime. In 1872, California created the first anti-opium law as a felony. In 1881, California would consider it a misdemeanor for anywhere to sell, give away, or smoke opium in dens that immigrant Chinese laborers would go to. People would either smoke alone or with friends in private. In 1874, Connecticut became the first state where it was declared that a narcotic addict was incapable of attending to their personal affairs. They would be committed to a state insane asylum for medical care and treatment until they were “cured” of their addiction. In 1877, Nevada was the first state to prohibit opium smoking which made it illegal to sell or dispense opium without a physician’s prescription as well as places known for smoking it.

Oregon passed the first anti-substance law that licenses would be issued doctors and pharmacists for the sale of narcotics. There would be no selling, giving away, possession, or smoking opium, morphine, cocaine, or chloral hydrate except by prescription. In 1905, Connecticut created a law that cocaine could be sold and possessed only by prescription until 1913 when it was amended to prohibit the selling of drugs even with prescription including opium, morphine, and heroin. It seems like the law would prohibit or restrict possession without thinking of the medical use but just about the drugs sold. Opium would still be prescribed for ailments as well as over-the-counter medications with quantities of morphine and heroin.

In the 1870s, the American Indians like the Comanches, Cheyennes, and Arapahos would use peyote for religious purposes and make them abstain from alcohol consumption. This drug was introduced by white settlers and soldiers. Because the white land speculators wanted the Indian tribal lands, they would unite with Christian missionaries to outlaw peyote. In 1899, Oklahoma was the first state to outlaw peyote. In 1929, New Mexico outlawed peyote but it was rarely enforced. In 1959, the law was amended to allow peyote to be used for ritual use only. The Native American Church succeeded in outlawing the prohibition of peyote as unconstitutional since it would be a violation of freedom of religion. As ritual peyote would continue, there would be mail-order companies to meet the demand, making the gradual transition of moving from tribal lands to large cultures.

Heroin was first produced commercially by Germany’s Bayer Company in 1898. It was advertised as being ten times stronger a painkiller than morphine with no addicting qualities. It was also said that heroin could cure opium and morphine addiction. In 1925, heroin was banned in Germany. In 1906, a federal Pure Food and Drug Act was enacted to require medicines with opiates to be labeled. Coca-cola was switched from unprocessed coca leave to decocainized leaves but caffeine would still be in the beverage.

Law enforcement officers would interpret the Harrison Narcotic Act as saying that doctors were not allowed to prescribe these drugs to addicts. Because having an addiction was not considered a disease at the time, addicts were not thought of as patients who needed help to be treated of an addiction that they never planned to get. Many doctors would be arrested or their careers would be ruined by the negative publicity they would get for prescribing drugs to people who, at the time, were thought to be helpless in the throws of addiction. This would force struggling addicts to go to urban areas for supply which would turn them into aggressive and violent criminals. More needed to be done to prevent more people from succumbing to addiction.

In 1918, it was discovered that a million people used drugs and “dope peddlers” would smuggle drugs in seaports as well as through the Canadian and Mexican border. Drugs were being used in twenty cities including San Francisco and New York. The underground traffic for narcotic drugs would be just as big as those who need narcotics for medical purposes. In 1924, heroin would be prohibited from being imported including for medical use. While it is important for narcotic drugs to be illegal, history shows that it is going to take a lot more than creating laws to prohibit drugs as this would encourage criminal use and more people struggling with addiction. The more you make a drug illegal will make the thrill of sneaking drugs in private residents to increase. This meant a call for drug treatment and care as outlawing drugs would not be the answer for long.