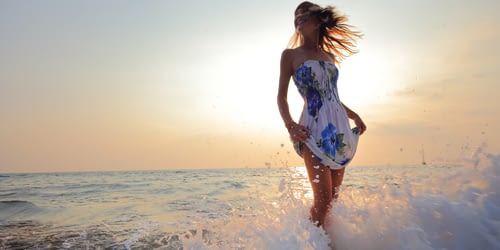 In the early years of filmmaking, drug addiction was considered a taboo subject to be shown on the big screen. Based on the Nelson Algren of the same name, The Man With the Golden Arm is about a recovering drug addict who tries to put his life back together after getting clean. This 1955 film classic shows a realistic depiction of drug use that The Motion Picture Association of America wanted to hide.

Frankie, played by Frank Sinatra, came back from the hospital after getting arrested for drugs. Even though it is never said, it is strongly implied that Frankie is addicted to heroin. With a new outlook on life and a newfound passion for drums, everything unhealthy comes back to him. His wife pretends to be paralyzed so that he does not leave her and continues to guilt him about his drunk driving car accident that initially put her in the wheelchair. He also keeps meeting up with his former drug dealer, Louie, who does not want him to give up drugs. We can hear Frankie speak to his mistress, Molly, about how Louie pressured him to try heroin once and he got hooked on it after. He describes drug addiction as having “a 40 pound monkey on his back.”

When Frankie tries drugs again, he does what it takes to acquire them like attack his drug dealer and beg Molly for money. The best scene in the film is when Molly tells Frankie why she does not want to support his drug habit. It is because she knows that it will never stop and that he will keep asking for more. That he needs to deal with his feelings just like everyone else instead of thinking that “a fix” will help. She convinces Frank to quit drugs cold turkey which leads to a painful withdrawal where he is shaking and shivering. Once he is clean again, the film ends with him and Molly moving forward with hope. Originally, The Motion Picture Association of America did not give a seal for this film to be shown in theaters for fear it would cause others to try drugs. Since this film shows the negative consequences of drug addiction, this film finally got the seal. Films like this are important to show someone trying to put their life back together after addiction recovery but that it is a long, hard journey.

Getting Help for Veterans with Depression
May 12, 2021

Signs of Behavioral Addiction
May 9, 2021