Why is Addiction Stigmatized? 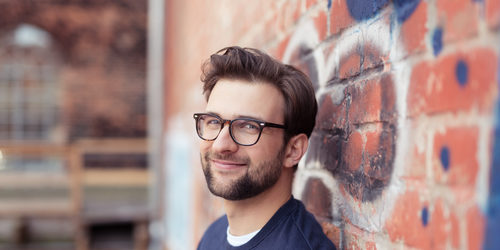 Many of us struggling with addiction have at one time or another been confronted with all of the stigmas around addiction and the negative stereotypes about addicts. We ourselves may have been negatively stereotyped, judged, ridiculed or rejected because of our struggle with addiction. With addiction so common and widespread, why is it still so stigmatized?

The stigma around addiction incorrectly asserts that it is associated with crime, poverty and immorality. It views addicts as weak and lazy people using their addiction as an excuse for bad behavior. It scoffs at the idea that addiction is an illness. It tells people to just snap out of it, similar to the way in which people are told to just get over their depression. These stigmas make it even harder for us to seek help when we need it most. We’re more inclined to want to keep our addiction to ourselves to avoid being judged, criticized and shunned. It hurts when we’re judged for something so personal and so painful as addiction, so we avoid telling people altogether that we’re suffering. Feeling stigmatized keeps people from entering treatment, starting therapy and even researching their options. It silences and alienates us. It can contribute to the hopelessness and isolation we already feel. It can exacerbate our feelings of worthlessness and worsen our depression.

The basis for these stigmas lies in misunderstanding. People often judge what they do not understand, and this usually comes from a place of fear. People fear addiction entering their homes and impacting their families, so they want to keep it as far removed from them as they can. They want to think that it affects other people, people who aren’t as well educated, or who don’t come from what they consider to be good families, or who don’t have money. Many of these people come to find out, however, that addiction doesn’t discriminate. It can affect anyone from any education level, ethnic background, religion or socioeconomic status. People start to see that addiction is everywhere, in their workplaces, in their houses of worship, in their neighborhoods, even in their families. Learning this can be alarming and disorienting. They want to think it will never affect them. They want to think it’s a distant problem, rather than something that could impact their lives at any moment. Even when they see its prevalence, they maintain the stereotypes out of fear and misunderstanding, and this serves to perpetuate and maintain the harmful stigmas surrounding addiction.

Bayview Recovery is a welcoming and supportive place where you can feel at home, surrounded by people who understand and empathize with you, people who genuinely want to see you get better. Call 888-570-7154 for more information.